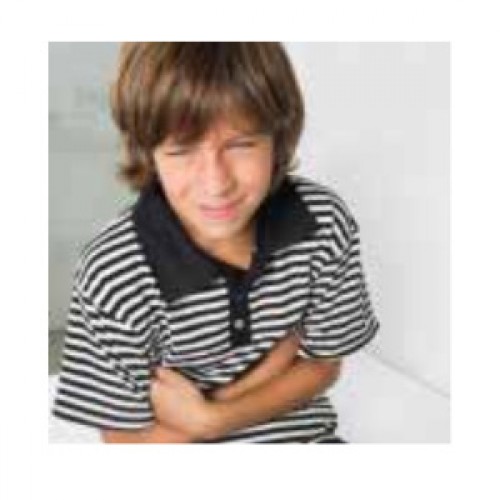 Appendicitis!!! The Day that Went Wrong

I groaned, inwardly, knowing that this would not be simple. It involves a computer for one thing, and I was supposed to be going to work. In spite of a huge amount of forward planning, my four teenage boys continue to spring 'surprises' on me just before they leave for school every day.

Eventually, I arrived at work; I am a health professional but that morning I felt like someone had dragged me through a hedge backwards. All my colleagues, who are at 'different' stages in their lives, arrived looking fresh faced and well, professional.

My manager said, 'Good morning .... You do look flustered!'

I consoled myself by thinking it takes a lot of effort to achieve this look.

I settled down to the sanity of my work place, where people appear to respect my opinion and actually listen to me, unlike my boys who tell me: ‘Mum, don’t smile or wave at my friends ... it's weird!'

All went well for a while, until I got a call from my husband. He sounded concerned when he told me that number two son had just arrived home doubled up in pain. He put our second child on the phone: ‘Where is the pain?’ I asked.

‘Starting at my belly button and going straight downwards’

‘Ok,' I said. 'Tell Dad, you need an emergency appointment with the GP. They'll give you a letter to go straight to the paediatric ward.'

I met them both outside our local hospital. Our second son looked grey; I took one look at him and asked if he felt sick,

‘Yes,’ he said and vomited into a flower bed behind a queue of people waiting for a bus.

I was impressed with how discrete he was and the flowerbed was just in the right place and just at the right height ... most convenient.

Once in the paediatric ward we sat in a side room until a nurse appeared. She commented on his grey complexion and his sunken eyes and in my distracted state, I said:

At that point, I decide not to confess to being a health professional, who supports and advises parents about parenting and childcare. I kept an eye on the care he was receiving, all the same, and when the nurse left and a clerk came to book him into the ward, I asked: ‘Is a doctor going to see him?' ‘When we have finished the paper work,’ she replied.

I frantically clutched for the words to convey to her, sensitively, that the paper work might have to wait. I said: ‘I'm wondering whether his appendix is about to rupture?’

At that, the clerk left the room and two nurses arrived.They took his blood pressure and tried to get a venflon into his vein, which promptly collapsed; they tried three times with no success. I asked one of them: ‘Do you think he's going into shock? Is a doctor coming?’

‘Oh, he's just stressed,’ the nurse replied but at that moment a whole team of doctors descended upon us and guess what, my son's symptoms suddenly subsided; isn’t that just so typical. Son number two was now as cool as a cucumber and I even began to wonder if he was suffering from trapped wind. They decided to operate, however, and that evening we went down to the anaesthetic room. The young surgeons looked like they have just taken their GCSE’s but they were so helpful and jovial to mother and son, putting us at our ease. They commented to my son as he breathed in gas and air:

Where did that come from? Morphine is not a mealtime topic of conversation in our home. I just said: ‘This isn’t the place to share the family secrets.’

hankfully, the operation was a success and my son received marvellous care from all staff in the NHS.

If you would like to know more about the symptoms of appendicitis, please refer to NHS Choices , an excellent source of well researched and evidence based information.

As a mother of a teenager, I would definitely advise parents and carers to be familiar with the symptoms of appendicitis and insist you teenage boys wash ... just in case.