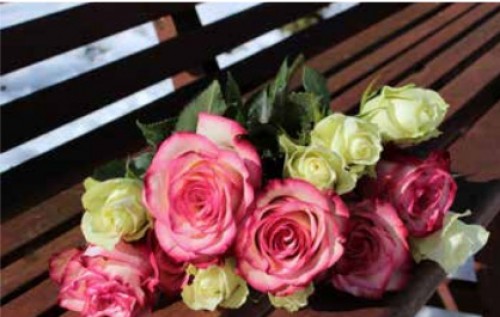 Friends of school organised the Big Raffle this year to raise funds for new playground equipment, Mr Cooksey drew the winning tickets on Thursday 19th October in the school hall. The winners were:

Flying Lesson in a 4 seater aeroplane

he Raffle raised around £3,000. Many thanks to everyone who took part.

Hollie Rendall has been appointed as the new link person between the Friends of School Committee and the school. She has been in post for a few months now and recently took time out to talk about herself and her role at Watford Boys'.

"I started in the role of Development Director in January this year and went straight in at the deep end with a fundraising campaign to run for the STEM Centre! My role broadly falls into three categories: marketing, fundraising and alumni relations. As well as being the main link between the Friends of the School and the school itself, I also have a similar link with the Old Fullerians’ Association and attend meetings of the Watford Fuller Foundation which deals with financial matters relating to the school.

Alongside the largely parent and alumni- focused fundraising campaign for the STEM Centre, my major project this year has been to update the database of former pupils and staff. I’ve started a twice-yearly alumni news, Fuller News, with a circulation of around 3,500 alumni and growing. This is focused on the present and future, rather than the past, and the intention is to have more events for alumni. Our first such event was in the summer and was a tribute to two long-standing former teachers who passed away earlier in the year, as well as a number of teachers who retired at the end of last year. My long-term plan is for students to feel like their relationship with the school doesn’t have to end after year 13 and for the school to have something to offer after that. This relies on Old Fullerians being willing to come back and offer their time and expertise, and so far the evidence is that lots of boys leave WBGS with a great amount of affection for the school.

While this is my first job in a school, I do have experience of the Watford Grammar way of life, having studied at Watford Girls’ and taken one of my A Levels at the boys’ school. After studying at Sheffield University, I spent a decade working in public relations for big financial brands, charities and public sector clients (with my last client appropriately enough being the ‘Get Into Teaching’ campaign for the Department for Education).

I’m always very open to ideas or indeed offers of help! Having a close relationship with the Friends of the School helps us all achieve our goals and it’s been great to see the financial support the Friends can provide because of their fundraising efforts."

Departures: thanks and good luck

Archana Singh will step down as Chair of the Friends of School Committee on Wednesday 1st November at the Friends Annual General Meeting. Archana is a great communicator who made helping at Friends' events fun for everyone. She was the inspiration behind the Bollywood Barn Dance in November last year, which brought school families together for a marvellous evening in the main school hall.

Jeanette Mcleod has also stepped down from the committee after several years. The Friends will miss her independent views and her willingness to get in involved in all of Friends' activities, from organising Fun Days to serving tea at parent nights.

Thanks to everyone who helped organise and run events this year. The Friends would also like to thank people and organisations who kindly sponsored or made donations to our events. These include: The Taste of Lahore restaurant, The Prince of Bengal restaurant, Sewell & Gardner, Warner Bros UK and Top Golf UK.